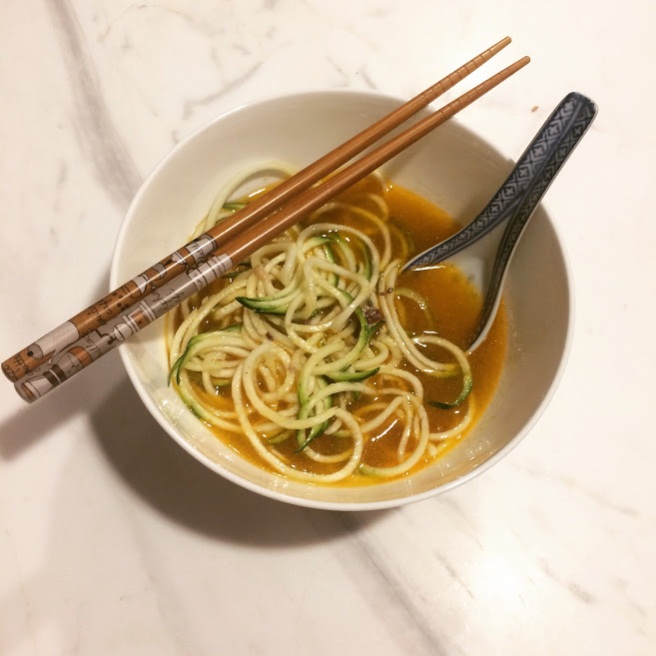 I could never believed I could make noodle without using flour, but using zucchini instead, I was surprise it is delicious when you pairing with a flavorsome broth, I couldn’t resist to use up my frozen chicken broth that I save it whenever I have some spare time in hand, I made them from scratch. Don’t be shocked with my freezer as I kept roasted chicken bones, a friend of mine keep saying I kept plenty of “animal corpse” in my freezer like those science fiction story. Well, you will be amazed by it, you could rustled some food out from those “corpses”. I don’t always prepare of stock from scratch, nevertheless keeping some reliable stock cube in the larder is useful when you just can’t face cooking from scratch.

This isn’t a recipe, is an idea. Sometime you will just need a bowl of hot soup to going through your stomach. I have a urge to use up cut ingredient that as been in the fridge for few days when I see the fridge have some empty space then I will be happy. I started off by chuck the frozen stock into a pan with low heat to let the stock melt gradually. Meanwhile I spiralized the zucchini into spaghetti form and place them into a dry bowl. When the stock is ready I will tumble in some chopped broccoli and tip in handful of frozen pea. If I feels like making the soup cloudy,  then I will separate an egg, pour the white into soup then turn the heat into low, disturb that liquid by stirring it, let the egg white break into small bits. I will finally drop the egg yolk and let it cook about 1 minute in the abandon water. Finally remove the pan from the heat and place the zoodle into a serving bowl and pour the soup into the bowl, you could sprinkle some chopped spring onion, this look like a Chinese noodle soup.

There many way of prepare this, you could do this. I certainly like it with the broth base, it is such comforting when the warm broth and zoodle met in the bowl. Beside that, during this tough time of pandemic, mindful eating was been talked a lot, I do think of starting a plant-based with mindful cooking, often people talk about mindful eating but not mindful cooking. I think gradually adding plant-based ingredient into my meal will be a surprised that how much plant-based food can be beneficial. Even I switching myself from meat eater to plant-based I though I shift from this zoodle chicken broth. 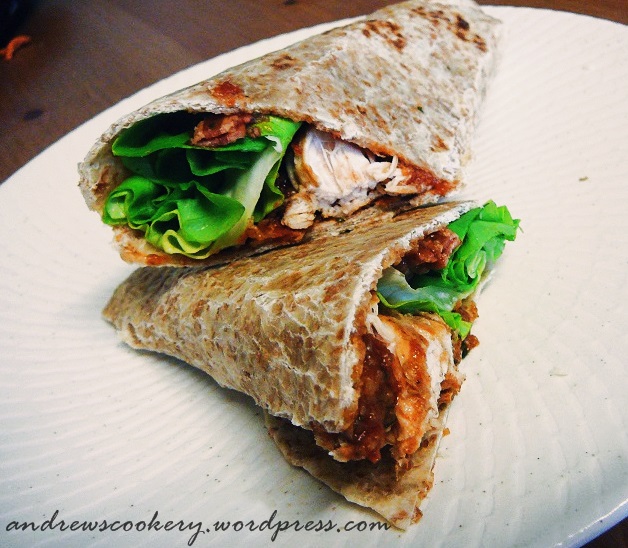 Flatbread dated back to Ancient Egypt and Sumer. In Ancient Mesopotamia (modern day Iraq) the Sumerians discovered that edible grains could be mashed into a paste and then baked/hardened into a flatbread.

Don’t worry about I going write about the whole history of flatbread. As its a Ancient recipe of course is going to be easy to make, simply because during Ancient City, food is essential and with simple ingredient, tools and method to produce fabulous bread like this.

My easy quick snack lunch inspired from the Ancient recipe of flatbread and leftover, I had enough sauce from the leftover of Italian Red Penne, then I quickly make some flatbread and wrap it with, boiled chicken fillet, leftover sauce, fresh lettuce. Even making the flatbread is very simple and easy.

For the filling simply click the link of Italian red penner and omitted the cooking for pasta. You can add whatever you like, it is very versatile, yet simple to make. One of my store cupboard dish as well. 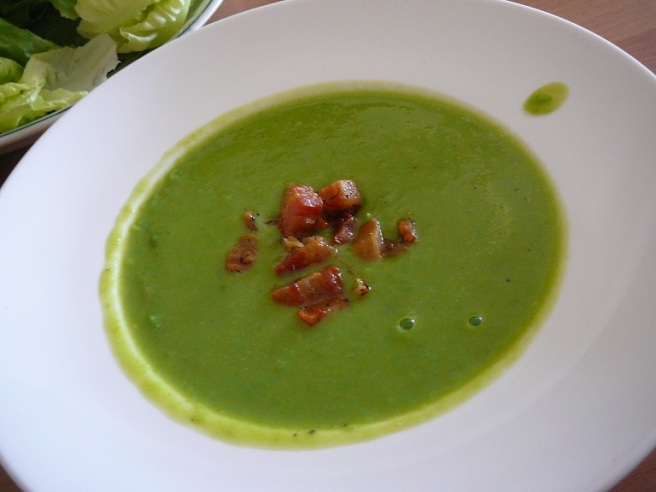 Potage St-Germain, my easy supper when I need some push in the evening. It is creamy and thick, but I used pancetta as topping instead of  cheese and crouton. This recipe you could easily serve for four people.

This are one of the everyday cooking, or as a starter for a party. I think kids will like it too when their sort of refuse to eat their green. Bon appetit! 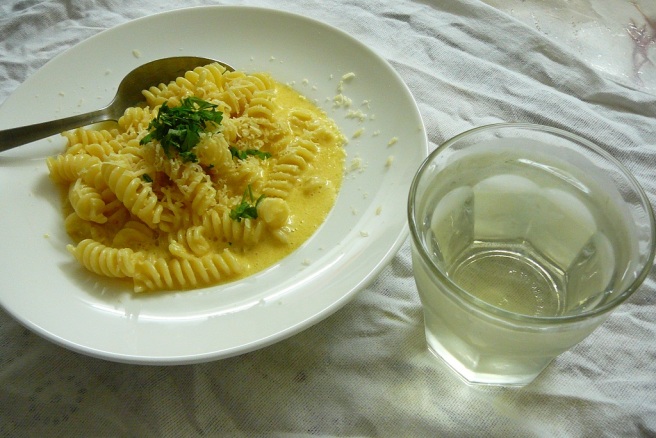 This is an easy and quick dinner to make when you had little time to cook and just got the mood for cooking. Of course your refrigerator should kept some double cream, parmesan cheese, butter, eggs.

I love the tanginess of the lemon. I like the pasta having a eggy bath, it is just simple to cook fabulous to eat. Here how it started.

I found this is a good way to give yourself a indulgence treat in the evening, with few candle light up, a glass of sparkling white wine, romantic music. That will a definitely fill you up. I promise!